Joined Oct 6, 2019
·
8 Posts
Recently, I noticed this engine noise/rattle/grinding/something when above 4500 rpm, see video here (sorry for vertical video). The bike had been running for about 5 minutes when I took this. 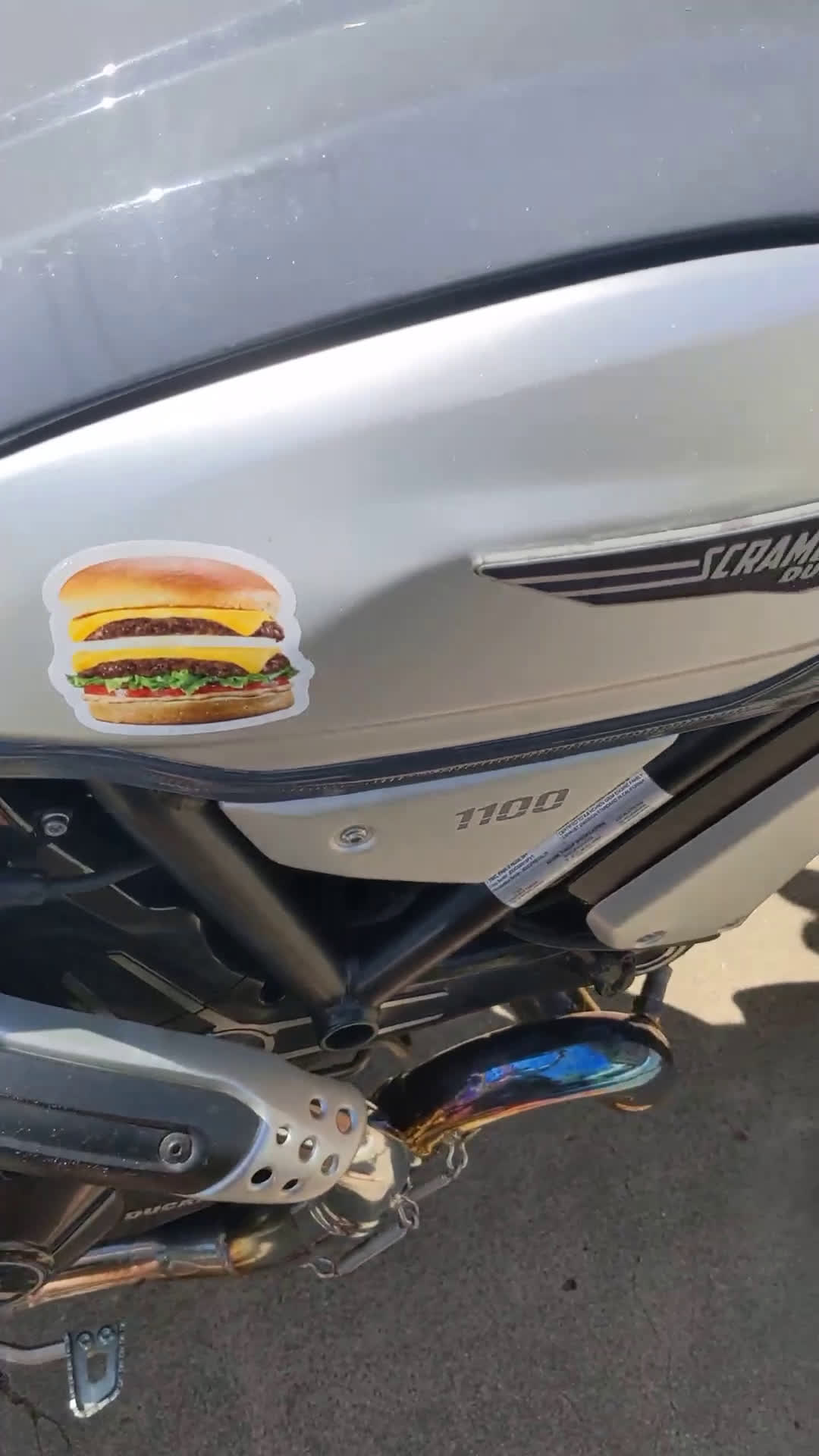 I'm not sure when it started or how long it's been there but it doesn't sound quite right to me. The bike is in neutral in the video but sounds the same in gear. Clutch in/out and rolling or not make no difference. No change in how it rides and below 4500 rpm sounds fine. Once the bike gets hot hot (some time on the freeway) the noise seems to mostly go away but that might just be my ears. I've tried putting my hands on the exhaust springs etc. but can't find anything that is rattling loose. I watched the videos in the piston slap thread but it doesn't seem to be the same noise.

Joined Jun 29, 2018
·
894 Posts
There is a heat shield on the exhaust to the vertical cylinder inside the frame. Try to find it and see if it’s loose, that would make the sound you are getting.
2

Joined Oct 6, 2019
·
8 Posts
I hadn't checked that so thanks for pointing it out, it does wiggle a little but but holding onto it doesn't seem to do anything to the noise
J

Joined Aug 3, 2019
·
43 Posts
It sounds like a valve; either loose (out of adjustment) or just "kissing" the piston (belt a tooth out). When they replaced the piston set on mine (see the piston slap thread), they also replaced an exhaust valve which had been lightly hitting the piston - so, it can happen. Since your warranty is still active, I'd get the bike to your dealer ASAP and have them check it.
To localize the noise, use a mechanic's stethascope or a length of 1/4" ID hose touching the engine to find the area it's coming from.
2

Joined Oct 6, 2019
·
8 Posts
Just an update for anyone who might be googling the same problem in the future: took the bike to the shop, they took some recordings and sent them off to Ducati. Neither Ducati nor the dealer knew what it was so they shrugged and said "maybe piston slap" and went ahead and replaced the horizontal piston and some associated parts. Took about 5 weeks, probably 2 of those were just waiting for parts to come from Italy. Then once I finally picked the bike up I blew a fork seal on the way home, turned around and got it replaced under warranty. Another week waiting for parts there too. Then when I finally got the bike back home I discovered they had snapped a fuel tank bolt and just threaded the broken half of it back on which fell out on the freeway.

Two weeks later I traded the bike in on a KTM super adventure. All told I owned the bike for 9 months and it spent 2 of them in the shop, all for warranty work with the exception of 1 week for new tires. Loved the bike but constantly wondering what would break next took the joy out of it, and I 100% did not want to own it out of the original warranty.
1 - 5 of 5 Posts
Join the discussion
Continue with Facebook
Continue with Google
or sign up with email
About this Discussion
4 Replies
3 Participants
Last post:
2wally 6 mo ago
Ducati Scrambler Forum
A forum community dedicated to Ducati Scrambler owners and enthusiasts. Come join the discussion about performance, accessories, exhaust, reviews, troubleshooting, maintenance, and more!
Full Forum Listing
Explore Our Forums
Scrambler Talk Scrambler Pictures/Videos Scrambler Gear & Accessories Scrambler How-To's and Guides Ducati Scrambler: Desert Sled
Recommended Communities